The 2017 ReOrient Festival of Short Plays marked the first time Golden Thread Productions partnered with LMDA (Literary Managers and Dramaturgs of the Americas) to provide rehearsal dramaturgs who would work with playwrights and directors on some of the short plays that would be presented during the festival, and publications dramaturgs who would write articles spotlighting different playwrights and different aspects of the festival.

I was one of the publications dramaturgs, and I interviewed playwrights Betty Shamieh (Make No Mistake), E.H. Benedict (War on Terror), and Torange Yeghiazarian (Thanksgiving at Khodabakhshian’s) to discuss their writing careers as women and in the Bay Area, and their experiences with Golden Thread. The final published article, “Women’s Voices Naturally Rise to the Top at Golden Thread”, was published on Golden Thread’s website as well as on the LMDA website. 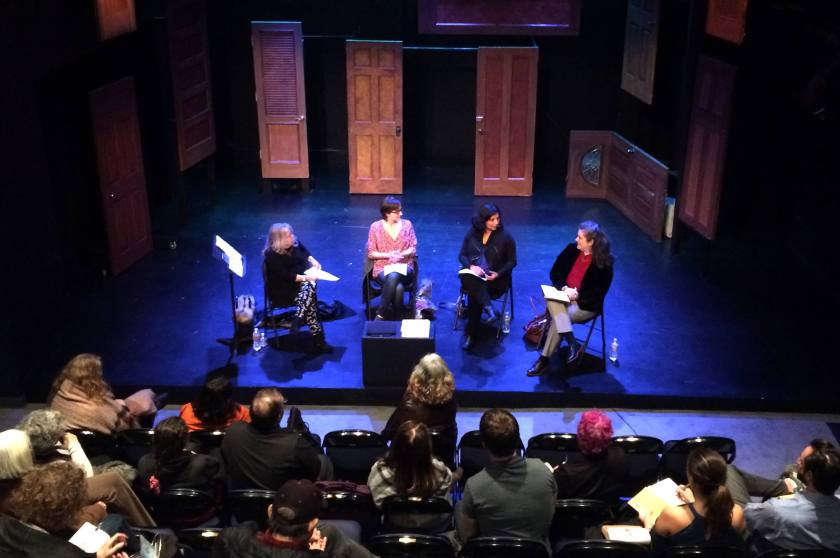 I also participated in a panel discussion called Dramaturgs ReOrient: Contextualizing the Middle East for American Audiences. Moderated by dramaturg and director Jayne Wenger, we shared and discussed personal experiences with Middle Eastern playwrights and plays, both inside and beyond the first-time partnership between Golden Thread and LMDA.